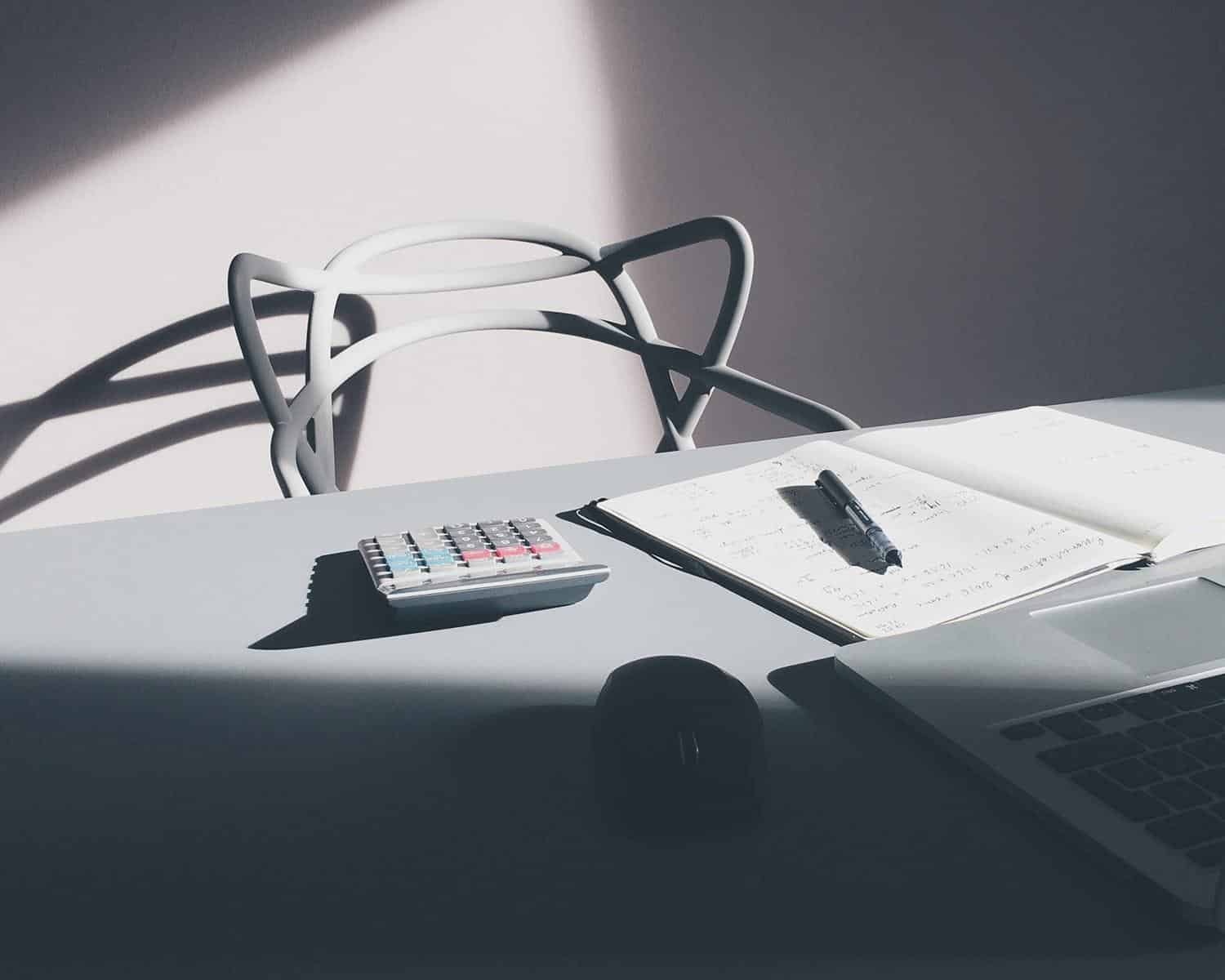 What are the additional costs involved in buying property? You must look beyond your deposit. For many, stamp duty is the biggest additional cost. But each state has its own rules in place.

Every property purchase comes with costs beyond the deposit and the mortgage. This often trips first-time buyers up. They assume that the money they’ve saved will stretch so far, only to find they run into problems later on.

So, what are the additional costs involved in buying property? You’ll pay legal fees, lender’s fees, and building inspection fees. But it’s stamp duty that’s likely to burn the biggest hole in your bank balance.

To complicate things further, there’s no standard rate of stamp duty in Australia. Instead, each state has its own rates, which can leave you scratching your head and asking “how much is stamp duty?”

That’s the question this article aims to answer. Let’s examine what stamp duty is and how much you’ll pay in stamp duty in Australia’s eight states.

What is Stamp Duty?

The Australian government imposes stamp duty on several types of purchase. Most importantly, property falls under that banner. However, you may also pay stamp duty in Australia on some gifts and insurance products.In the case of property, it’s the property’s value that determines how much stamp duty you’ll pay. Of course, each state also has its own rates in place. This can complicate things. However, you should be able to find a stamp duty calculator to help you. But, as a general rule, the more expensive the property, the more stamp duty you’ll pay.It can be a bit of a surprise for new buyers and investors. You’ll have focused so much on your efforts to save a deposit that you’ll forget you may need thousands more dollars to pay stamp duty. As a result, budgeting for it, and understanding your state’s concessions, is key to comfortable property purchase.You’ll pay stamp duty in Australia no more than 30 days after the settlement of your property purchase. Get it out of the way as soon as possible so that you can focus your budget on the monthly bills that come with property ownership.The money goes directly to the state, which then uses it to invest in various sectors. These may include emergency services, infrastructure, and healthcare. So, stamp duty is essentially a tax levied against those who decide to buy a property.Each state handles stamp duty differently, so here’s a useful breakdown. South Australia has several brackets that make it hard to answer the question “how much is stamp duty”.The problem is that the state charges stamp duty at nine different levels. If your property has a value of $12,000 or less, you’ll pay a rate of 1%. This increases to 2%, plus a $120 payment, for properties between $12,000 and $30,000. These small increases continue up to a maximum of $500,000. If your property costs more than $500,000, you’ll pay a flat fee of $21,330. Plus, you have to pay 5.5% on the value of the property over that $500,000 threshold.The state does offer several stamp duty concessions for first-time buyers. You may receive a concession of up to $21,330 if you buy a brand new apartment unit up to a value of $500,000. However, this only applies up to 30th June 2018.You may also get a partial concession for any purchased property up until the same date.

The home of Melbourne, Victoria is one of the more expensive states to buy in. The state recognises this, which is why it offers a number of useful concessions for first-time buyers.Since 1st July 2017, first-time buyers don’t have to pay stamp duty on a property that costs below $600,000. On top of that, they pay a reduced rate if the property has a value of between $600,000 and $750,000.Pensioners also enjoy some stamp duty concessions in Victoria. They pay none at all on properties up to a maximum value of $330,000. They also get a partial concession on properties valued up to a maximum of $750,000. In both cases, the normal rates apply for properties that cost over $750,000.As for those regular rates, they start at 1.4% for any property valued up to a maximum of $25,000. This goes up on a sliding scale, reaching a maximum of 5.5% on any property valued at more than $960,000.

New South Wales is the most expensive state in Australia for property. Its stamp duty concessions reflect this. First-time buyers don’t pay any stamp duty on properties up to a maximum value of $650,000. This may save you up to $24,000. They also enjoy a reduced rate on any property up to a value of $800,000.Unfortunately, no such concessions exist for pensioners. As a result, New South Wales is one of the more difficult states for pensioners to live in if they don’t already have their own property.The maximum stamp duty you’ll pay is on a property that’s valued at over $3 million. In this situation, you pay a $150,490 flat rate. Plus, you pay a rate of 7% on the value of the property over $3 million.However, most buy properties of between $300,000 and $1 million in value. This attracts a flat rate of $8,990, plus a rate of 4.5% of the property’s value above the $300,000 threshold.

Unfortunately, Western Australia is much like Tasmania in that it doesn’t offer stamp duty concessions. This can make it harder for pensioners and first-time buyers. However, the state also has some of the lowest house prices in Australia. The state’s base rate is 1.9% on any property valued at $120,000 or less. After that, the percentage increases until you reach the maximum value of $725,000.A property valued at over $725,000 comes with a flat stamp rate of $28,435. Plus, you’ll pay a 5.15% rate on the property’s value beyond that $725,000 threshold.

In the Australian Capital Territory (ACT), you’ll pay a 1.48% rate on any property valued at $200,000 or less. The actual language says that you’ll pay the highest between that 1.48% fee and $20. However, it’s practically impossible to find a property that attracts the $20 fee only.This rate increases up to a maximum transaction value of $1.455 million. Happily, the ACT keeps things simple here. Instead of paying a flat fee plus a percentage rate, you just pay 5.09% of the property’s value. The state does offer some stamp duty concessions to both pensioners and first-time buyers. For pensioners, the home you move to must suit your needs better than the one you currently live in. The ACT government provides the example of moving from a house to a townhouse. You also can’t claim any concession on properties with a value of $895,000 or over.First-time buyers can only claim the concession if they buy one of the following:

You cannot claim the concession if somebody has previously lived in the home that you’re buying. For homes, this concession applies up to a maximum value of $590,000.

The Northern Territory offers both complexity and simplicity in how it calculates stamp duty.Let’s start with the simple first. You’ll pay a flat rate of 4.95% on any property worth between $525,000 and $3 million. This increases to 5.45% for any property worth more than $3 million.But things get more complicated when you buy a property worth $525,000 or less. The state applies a formula, which goes as follows:Where V = the property’s value divided by 1000(0.06571441 x V2) + 15 x VLet’s say you’re buying a $500,000 property. In this case, V = 500. Plug that number into the formula and you get a stamp duty of $23928.60.Thankfully, there are plenty of stamp duty calculators available that do the legwork for you.It’s also a complicated state when it comes to stamp duty concessions. First-time buyers can get a concession of $7,000. But this is only if they can’t claim the First Home Owners Grant (FHOG) or Senior, Pensioner, and Carer Concession (SPCC).The SPCC is the stamp duty concession for pensioners. It’s available to those over the age of 60. Alternatively, you’re eligible if you hold a pension and carer concession card that’s valid in the Northern Territory.

As you can see, stamp duty in Australia is no laughing matter. It can cost you tens of thousands of dollars, making it one of the biggest additional costs of homeownership.Research the stamp duty rates in your state before making a purchase. And remember, the state may change the rates at any time. Check the official state government sources if you’re uncertain.

HOW MUCH IS AUSTRALIAN STAMP DUTY?

The stamp duty you pay on the purchase of a property will be calculated as a percentage of the total cost of that property. But the exact percentage you pay will vary depending on the state in which you’re buying, and the value of the property you’re paying that stamp duty on – and there will often be a range of complexities that relate to how those rates are calculated.

HOW MUCH IS STAMP DUTY IN MELBOURNE?

Melbourne, and much of Victoria, is an expensive state to buy any sort of property in. In order to mitigate the effect that excessive stamp duties might have on affordability, there are a number of concessions made for first home buyers and pensioners. Otherwise, stamp duty is done on a sliding scale in Victoria. Starting out at 1.4% on properties purchased below $25,000 and capped at 5.5% for properties bought at $960,000 or higher.

WHICH STATE HAS THE LOWEST STAMP DUTY?

Each state has its own conditions under which stamp duty might be reduced or waived entirely. But generally speaking, the ACT has the most forgiving stamp duty rates. Perhaps a little optimistically, the ACT legislation details a flat fee of $20 on properties purchased under $5,000. But the real answer is that you’ll pay a rate of 1.48% on purchases of $200,000 or less, with gradual increases listed until reaching a cap of 5.09% on properties purchased at $1,455,000 or more.

WHICH STATE HAS THE HIGHEST STAMP DUTY RATES?

Generally speaking, those buying property in the Northern Territory face the stiffest conditions on stamp duty – though not explicitly due to the rates themselves. Buyers in the Northern Territory have to pay a stamp duty of 4.95% on properties valued between $525,000 and $3,000,000, and that rate will jump to 5.45% on properties valued over $3,000,000. There are very few exemptions available, and those purchasing properties below that $525,000 mark, will be subject to either a flat rate or associated formula to determine individual rates.

WHO PAYS STAMP DUTY IN AUSTRALIA?

Stamp duty is most commonly paid by the buyer. Generally speaking, the relevant amount is expected to be paid within 30 days of settlement. But even for sellers, stamp duty is worth considering as you plan your next move. If you are looking to buy following the sale of your home, you should familiarise yourself with the particulars of stamp duty as it applies in your state.

WHO IS EXEMPT FROM STAMP DUTY IN VICTORIA?

Under specific conditions, both first home buyers and pensioners can expert partial or complete exemptions from stamp duty in Victoria. First home buyers can expect to have their stamp duty waived entirely if they are purchasing a property worth $600,000 or less. They will also have a reduced rate if their property is purchased at a value between $600,00 and $750,000. Pensioners are also entitled to partial concessions below $750,000 and having their stamp duty waived entirely under $300,000.

WHY DO WE PAY STAMP DUTY?

Stamp duty originates as a fee levied against a purchase (not just of land) that was designed to cover the admin that went with ensuring that everything was above board and handled correctly. It outgrew that purpose quickly, and there were conversations at a federal level about introducing alternative tax instruments to ease the friction that these fees brought about in the property market and beyond.But that friction has actually proved quite effective at generating continually favourable market conditions. The levy of stamp duty means that investors aren’t so ready to make snap decisions about selling their property and destabilising the market. The paradox here being that a fee that reduces individual affordability helps maintain long term market stability – and mitigates some of the risk of a crash.